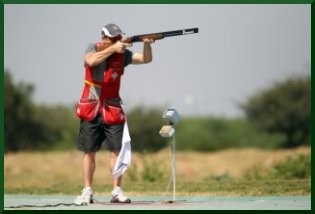 The Alberta International Skeetshooting Association (AISA) was formed to provide resources including guidance and instruction to those wishing to pursue international skeet shooting.

The “International” form of skeet, otherwise known as “Olympic” skeet is practiced throughout the world where Albertans have already attained significant success.  At several sites though Alberta, AISA has or is developing programs for the development of junior, adult, and masters shooters for both men and women.

Key differences between International skeet and what is commonly referred to as “American” skeet include: ​
If you have an interest in pursuing one of the most challenging clay target games and possibly become competitive and represent Alberta or Canada we welcome you to contact us.